Not as You Know It!

Bodies, objects, plants and foods that we are accustomed to are simulated and presented to the viewer in a groundbreaking way in this exhibition. These 'things', distanced from their own context, integrate with the gallery space and produce new meanings.

The first thing that greets us in the gallery is Ali Şentürk's installation titled "Sounds from the Second Floor", in which a black artificial ear is placed at the center, covering the wall and spreading across the floor. This ear, which is not noticed at first on the black plush representing a giant human head, creates a rather uncanny feeling in the visitors. After a while, the feeling of being eavesdropped on turns into an adventure of the viewer telling their own story.

The artist's other work "Non-Mythical Creature", located on the upper floor of the gallery, represents the evolution of a coffee table that we use in daily life, alienating its own form and turning into an alternative life form.

The texture created by Ömer Faruk Yaman by systematically placing perfect circles on a finely crafted depiction of nature is one of the best examples of how two different layers reach a whole.  Our eyes, which first perceive geometric forms, then complement the natural pattern within the white circles.

Placing nature and plants at the center of her work, Sevim Kaya exhibits her tryptic white clay relief on an amorphous gray background. Avoiding sharp boundaries, this work of the artist resembles a topographical map. Despite the dominant color of the ground and the dominance of the large area, it reveals a representation of nature that is determined to determine its own borders and maintain its existence.

In her work "Sourdough Cyber Bread", Cansu Sönmez refers to the transformation of everyone into a bread master during the pandemic and the bread wine ritual. This work combines the act of bread making, one of the most important agendas of the pandemic period, and the phenomenon of human 2.0. With the wine that accompanies it in the installation, Sönmez adds a ritual, a celebration to the adaptation of primitive acts to the new process through the eyes of this century.

On the one hand, there are breads that are made according to the rules, but no clear data on their taste and smell are known, and on the other hand, Cansu Sönmez's cyber bread...

The artist, who gives an extraordinary recipe to bread, which is found on the table of almost every society due to its high carbohydrate source, by adding electronic parts, brings a critical perspective to the relationship of today's people with technology.

Derya Geylani names her fairy tale installation "Shall we talk at the table?", which she creates by skillfully using black porcelain and glass, a pure material. Tables, where people come together for many occasions such as happiness, sadness, excitement, celebration and agreement, make different associations in the memory of each individual.

Artist  With this work, in which he freezes a "moment", he manipulates the viewer's perception, making them feel as if they are witnessing the magical solidification of some liquid. The half cups and teapots, which seem to have only managed to half rise to the surface of the wall, seem to have buried the rest of themselves. to get it out of the field.

Just as a sign that triggers our minds can bring to the surface memories that are embedded in our subconscious...

Gözde Can Köroğlu, who mainly focuses on issues such as body politics, the concept of gender, genderlessness, constructible identity, and the reconstruction of accepted norms in her works, takes part in the exhibition with her sculpture titled "Grift forms No:1".

The artist challenges the imposed perception of aesthetics with the figures she creates by distorting the shape and proportion of bodies.

She creates a different perception of reality with these deformations she creates in the body.

Sinem Demirci, on the other hand, defines her works with the concept of 'multiple selves' reflecting the different faces of the self.

She explains that there are countless versions of us existing in parallel universes or timelines, each with their own experiences, choices and paths, and that each is like a kaleidoscope of identities, unique and yet connected to the whole. 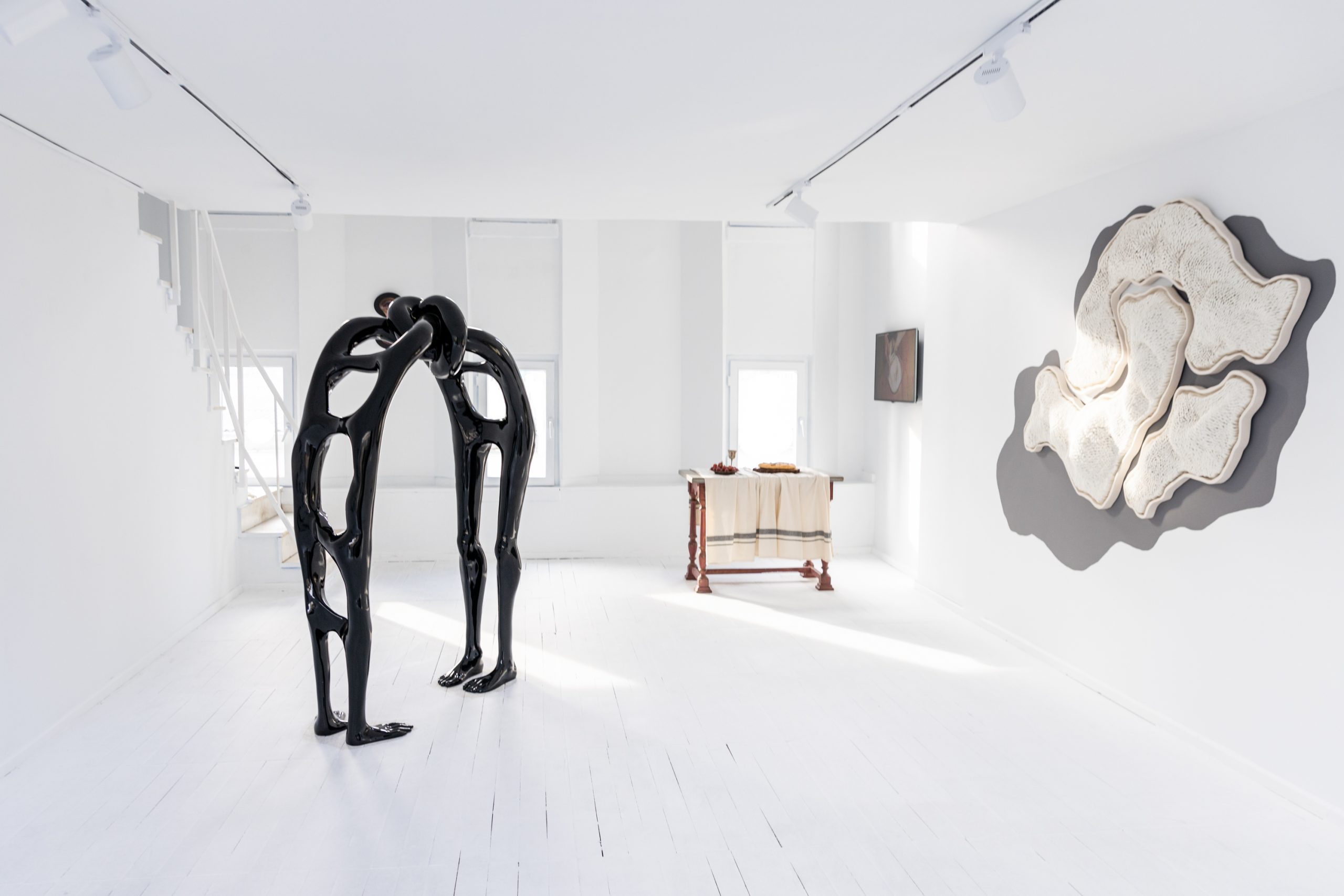 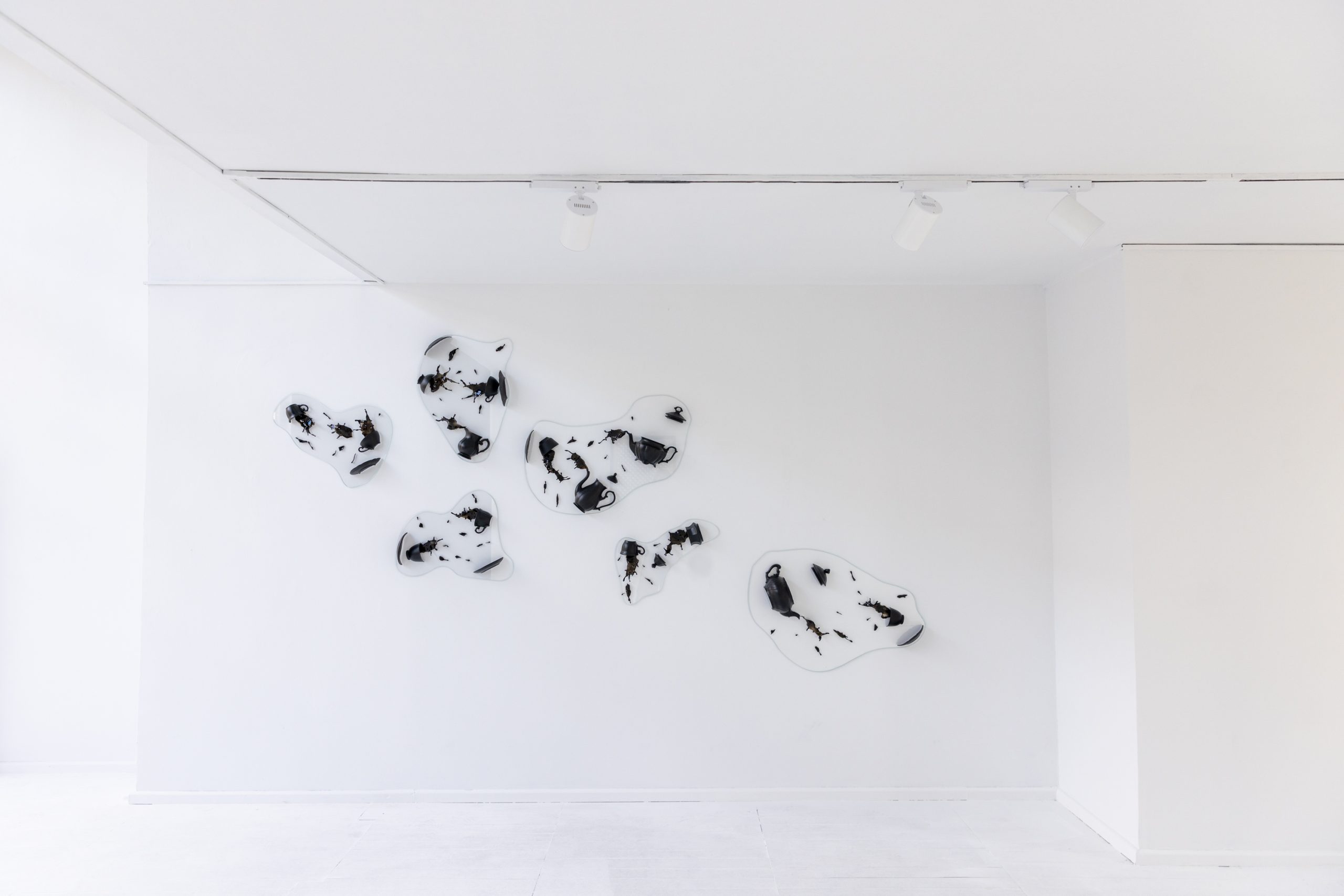 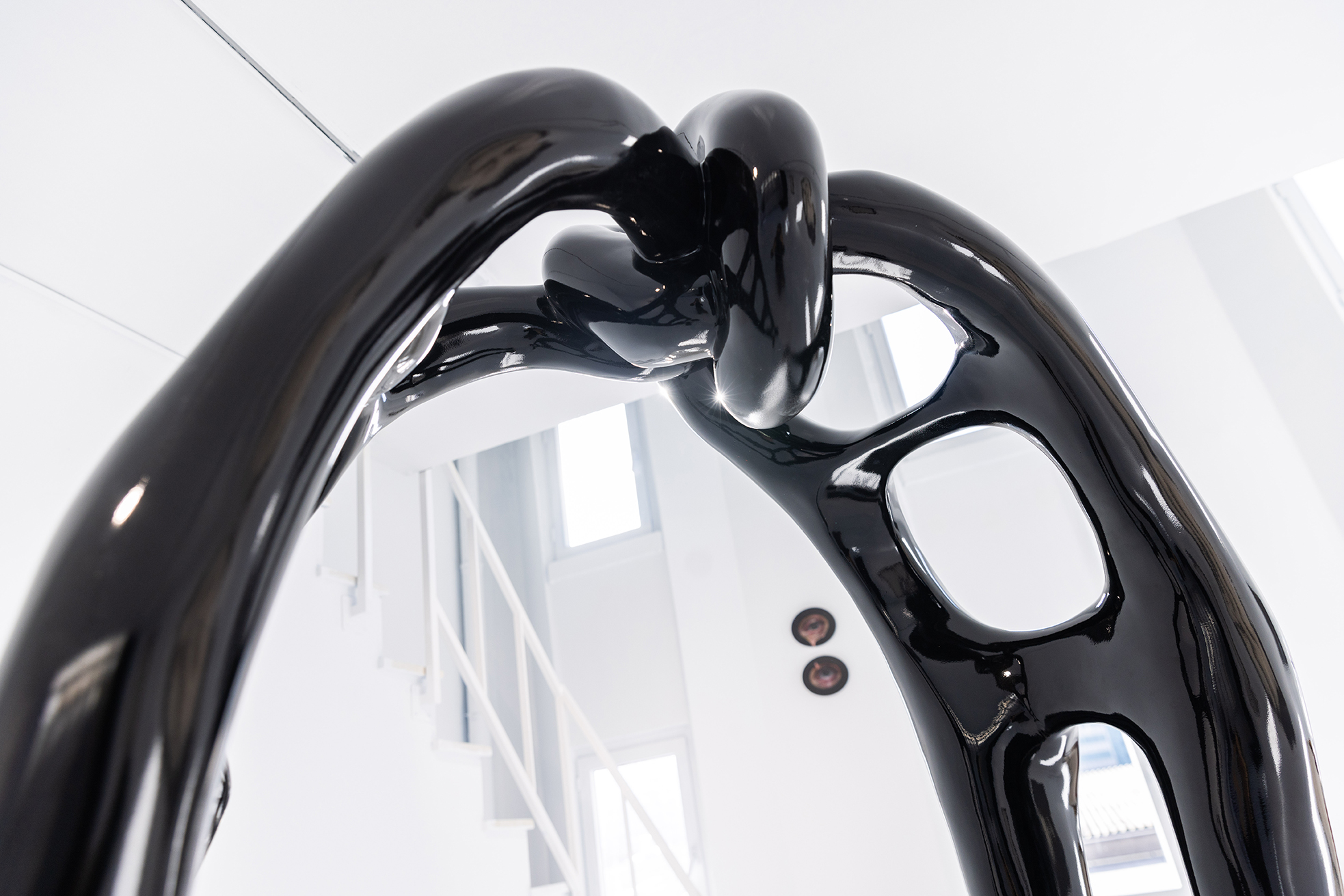 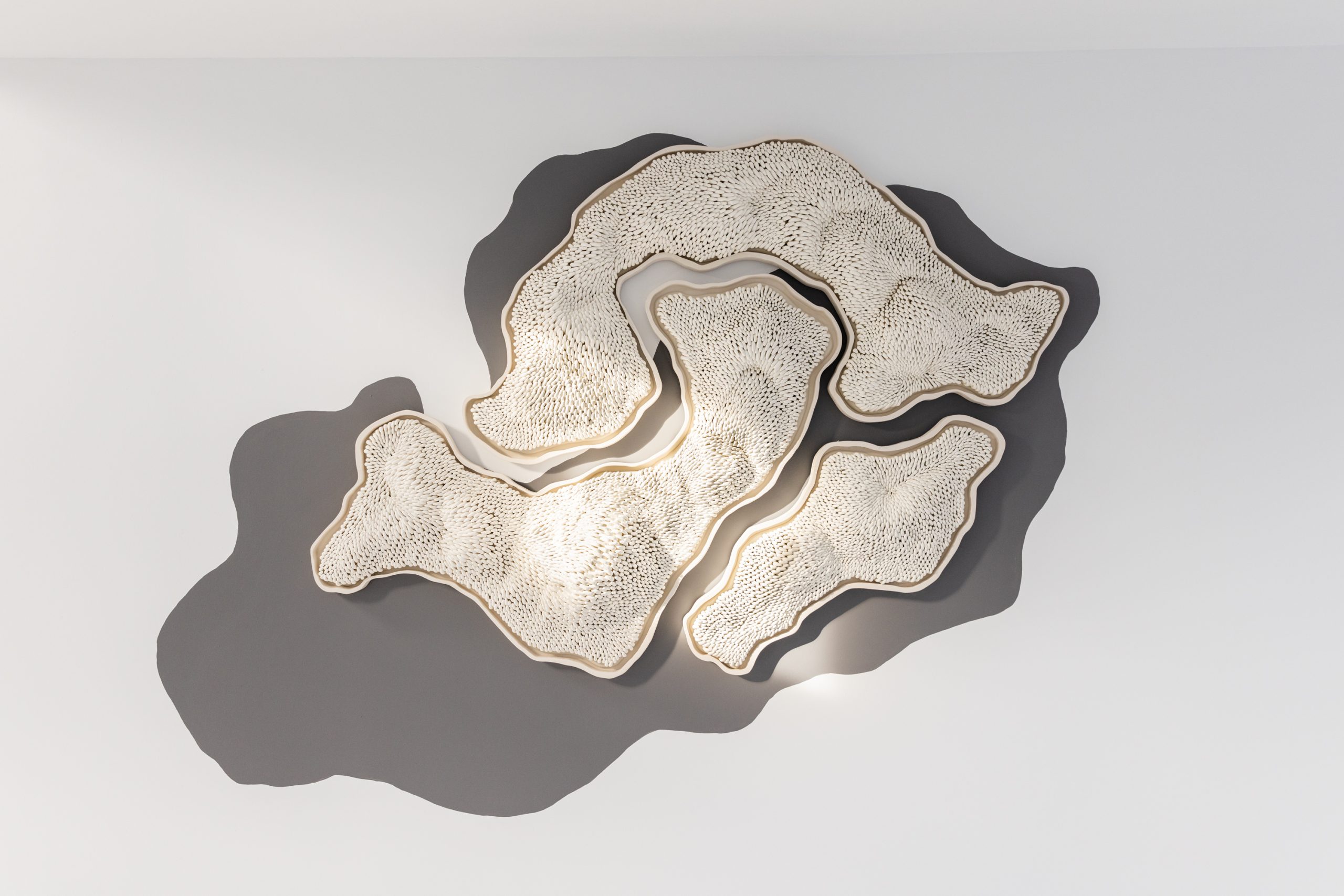 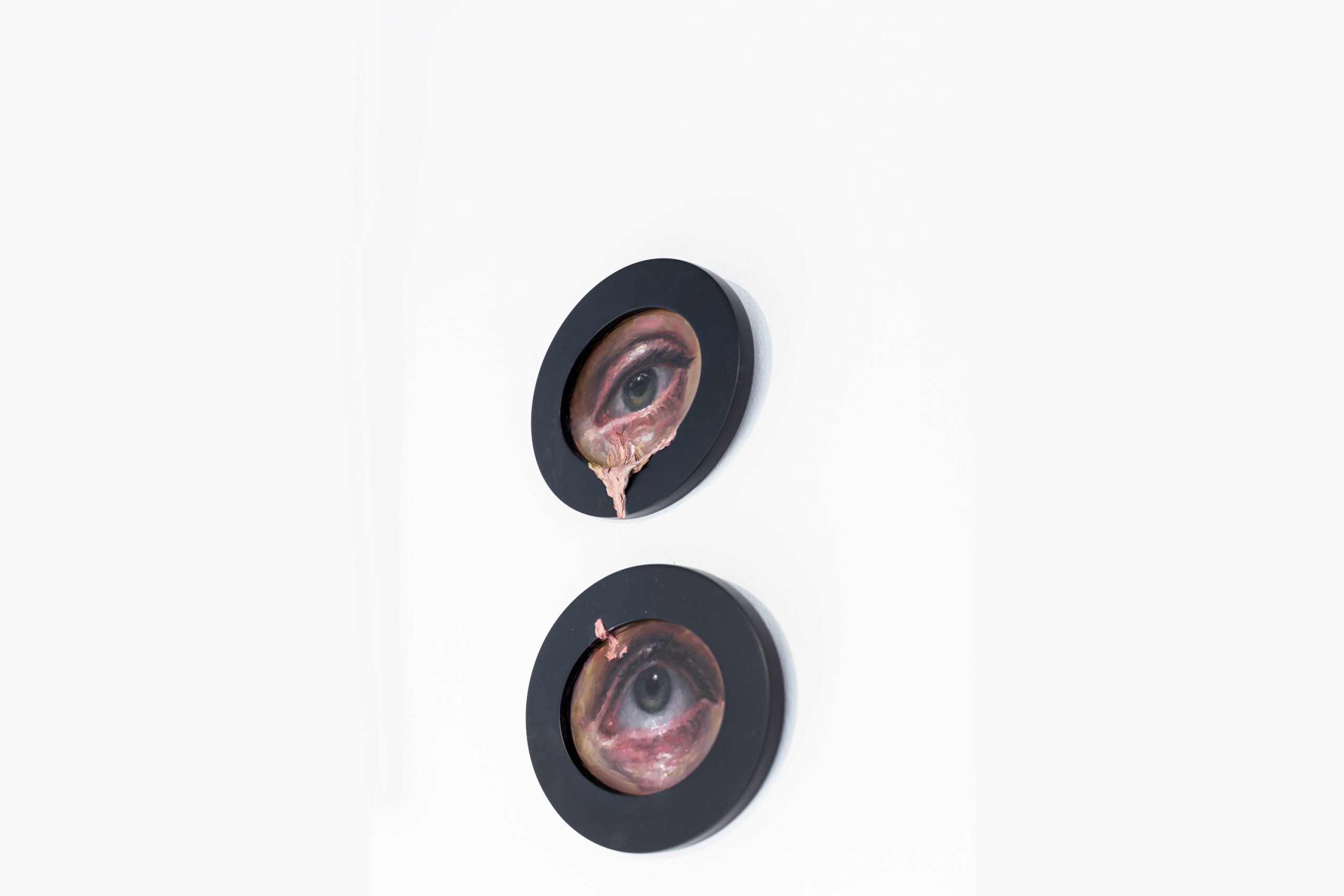